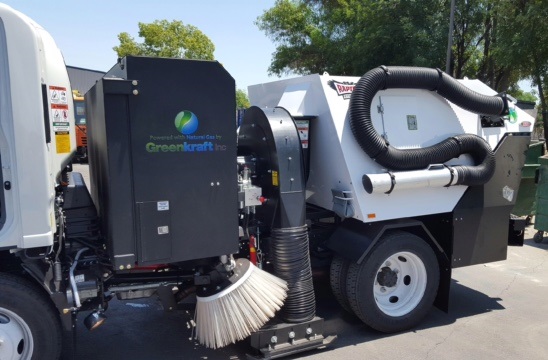 Greenkraft, a manufacturer of Alternative Fuel Systems, provided a natural gas system for a heavy duty sweeper truck to run on Natural Gas which will be used in a city in California. This vehicle is unique in that it has steering on both sides of the truck. The truck was fitted with a 60 GGE (Gas Gallon Equivalent) fuel system. The truck was designed by NiteHawk and Greenkraft manufactured the alternative fuel system and installed it on the vehicle.